Knee arthroscopy is surgery that is done using a tiny camera (called arthroscopy) which is inserted through a small cut into your knee. The arthroscopy gives the doctor a clear view of the inside of your knee. Other medical instruments may also be inserted together with the arthroscopy to carry out the surgery. An arthroscopy is performed to feel, repair or remove damaged tissue so as to diagnose and treat knee problems.

Knee arthroscopy surgery indications Meniscus is cartilage that cushions the space between the bones in the knee. Surgery is done to repair or remove it.

Arthroscopy is not needed for every patient with a knee problem and it is only necessary if the diagnosis is not clear from the symptoms or examination of the joint. Arthroscopy will usually identify the problem inside the joint, but sometimes nothing abnormal is found or there may be an abnormality that will recover on its own. At other times, the arthroscopy may show a condition such as severe osteoarthritis, for which there is little that can be done by arthroscopy. But the findings of knee arthroscopy hospital are often helpful in planning future treatment or predicting the progress of the condition. Dr. Satish Patel is one of the best Knee Arthroscopy Surgeon in Ahmedabad, Gujarat, Rajasthan. Knee Arthroscopy doctor at sarthak orthopedic Hospital at Ahmedabad, Gujarat. He is a Well-known Knee Arthroscopy Surgeon Doctor in Ahmedabad, Ellis Bridge, Paldi, Ambawadi, Vasna, Satellite, Gujarat, Rajasthan.

The recovery period of a knee arthroscopy surgery is short as compared to the traditional open knee surgery. The patient is however advised to take some post surgery measures so as to avoid any complications. The patient is advised to keep the leg elevated, follow the dressing schedule, use a walker and take the medications. Some special knee exercises after knee arthroscopy are also advised to help patient gain strength. 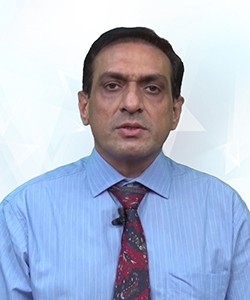